The dance of the tecuanis is staged in the states of warrior and people, represents the work of the peasants when dismantling and preparing the planting and its fight against the tiger. Tecuanis pretend first to dedicate themselves to their labors, then narrate the tiger's outrages, making jocular improvised allusions about well-known people of the town, that provoke great rejoicing among the spectators, and the search for the animal begins until once the tiger hunts and dies.

In this dance, the Chichimeca and Zapoteca tribes join forces to defeat the tiger, or Tecuani (Náhuatl for people eater) that attacks their flocks. They are led by the huehues (elders) Moranchi and Lucas, who wear red and blue hats, respectively.

The Zapoteca and Chichimeca make two lines and dance and shout to the rhythm of the music.

Besides them, there is a gallery of characters who help or hinder their efforts: the Devil, who tempts them; the Witch, who helps them with remedies; Death, who will ultimately kill the Tecuani. And there’s also a dog, a bull and a donkey.

But the Tiger, or Tecuani, is the central figure in the dance. Much like the Devil in the traditional Christmas plays called pastorelas, though supposedly an intimidating character, he actually jokes around with the children and the rest of the audience. He wields a whip to go after his captors and get everyone to ridicule them. 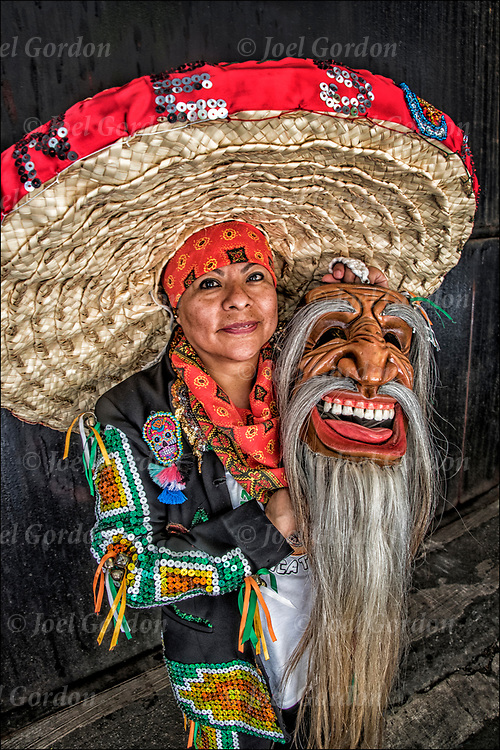