New York Comic Con cosplay attendee in his costume, as The Red Knight, Worst Nightmare from the Robin Williams movie " The Fisher King".

Robin Williams portrays Parry, a former professor of medieval history, who lives in a remarkable world of his own creation in order to insulate himself from a tragedy in his past. He now sees a singular New York and has the charismatic ability to permit others to see the world as he does - full of turrets and castles, terrifying Red Knights and damsels in distress. 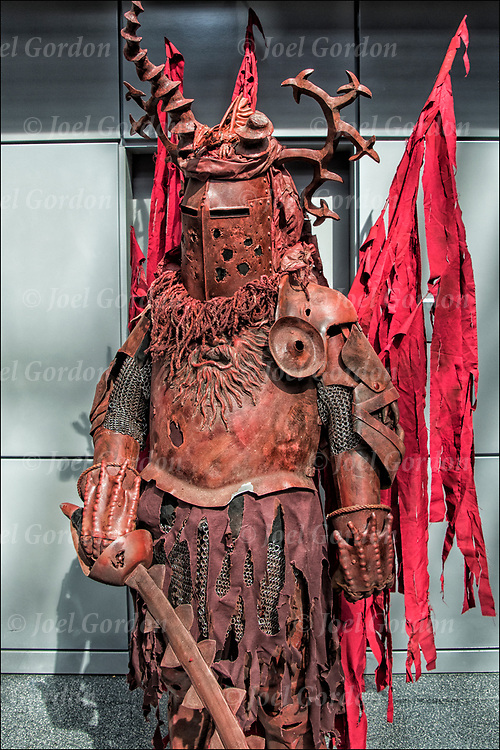