Cosplay attendee in her costume as "Bulma", from the animated Dragon Ball Z , she was forced to wear a Bunny costume. 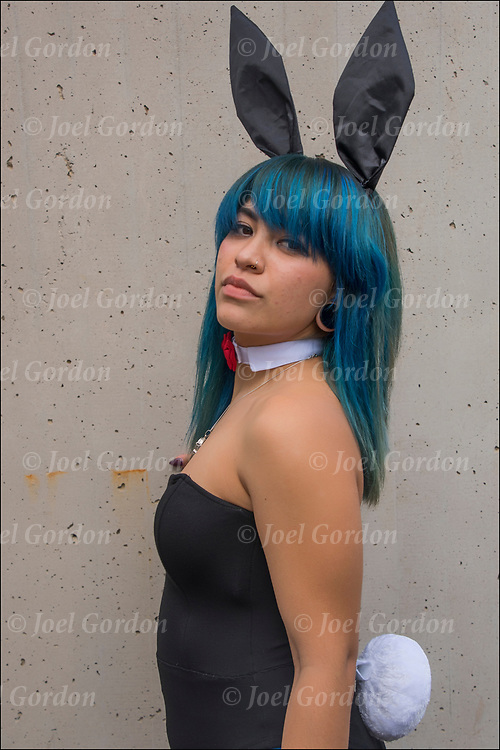