This bronze statue was commissioned to remember those men who lost their lives while fighting in WWI. The figure, a foot solider, also known as a "doughboy", waves an American flag overhead. The Jefferson Democratic Club commissioned the work; their headquarters once were located near the statue. According to records, nearly 10,000 people came to see the unveiling of the statue, including 200 mothers who lost their sons in the war.

No one quite knows where the term “doughboy” originated.

Coined in the 19th century, it may have come from the doughnut-like buttons on soldier uniforms, or it might stem from their doughy rations. 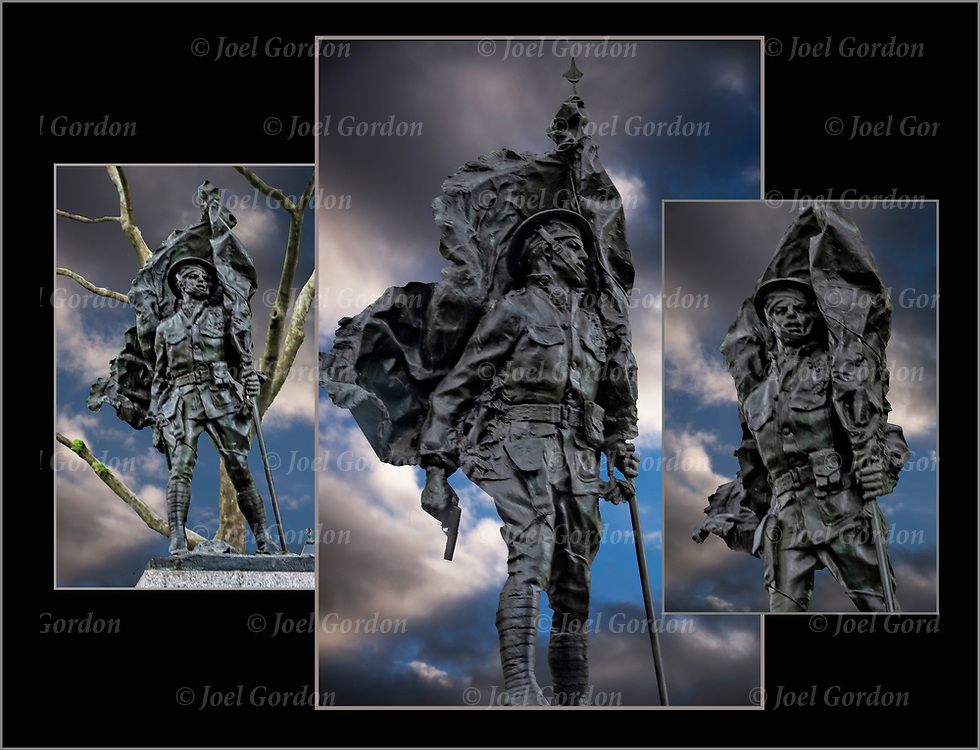