Andy Pho's Angkorian Bodysuit was done by his brother Robert Pho,the tattoo artist over several years. The images on his body were of Angkorian temple art.

Angkor was the capital city of the Khmer Empire flourished from approximately the 9th to 15th centuries.

The 5th Annual NY Empire State Tattoo Expo Presented by Inked Magazine on July 19 and July 20 and 21st 2019 at the NYC Midtown Hilton. For many it was a change to get tattooed by world famous tattoo artists.

Tattoo artist on break their tattoo(s) were taken outside of Empire State Expo.

Body art or tattoos has entered the mainstream it is no longer considered a weird kind of subculture. 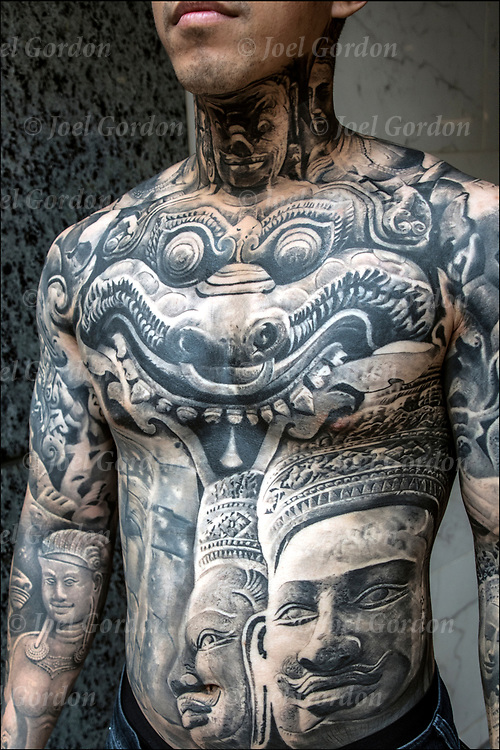