Cosplayer in their costumes as Star Lord and Gamore from Guardians of the Galaxy at the New York ComicCon.

Gamora is the adopted daughter of Thanos, and the last of her species. Her powers include superhuman strength and agility and an accelerated healing factor. She also is an elite combatant, being able to beat most of the opponents in the galaxy. She is a member of the group known as the Infinity Watch.
More than 200,000 people attended the event dressed up as their favorite superhero to celebrate comic books, sci-fi and video games. 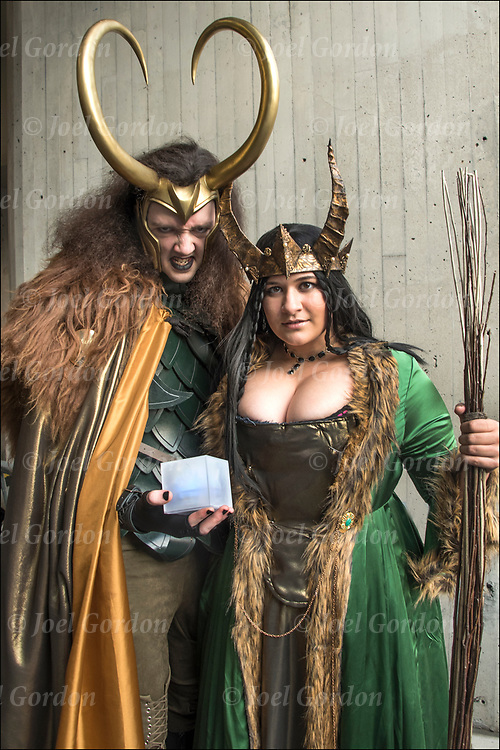