Petite Renard in her costume, as the Typhoid Mary from Marvel comics.

Typhoid Mary is an enemy and former lover of Daredevil with psionic powers, including telekinesis. She is also truly gravely mentally ill, and not entirely responsible for her actions as a result.

Suffering from dissociative identity disorder, Mary Walker has 3 other abnormal personalities in addition to her seemingly healthy one. Her "Mary" personality is a timid, quiet, pacifist; her "Typhoid" personality is adventurous, lustful, and violent; and her "Bloody Mary" persona is brutal, sadistic, and hates all men. Aside from highly developed martial arts skills, Walker also possesses telekinetic powers and, more dangerously, pyrokinesis, the ability to set people or objects in her immediate vicinity aflame. 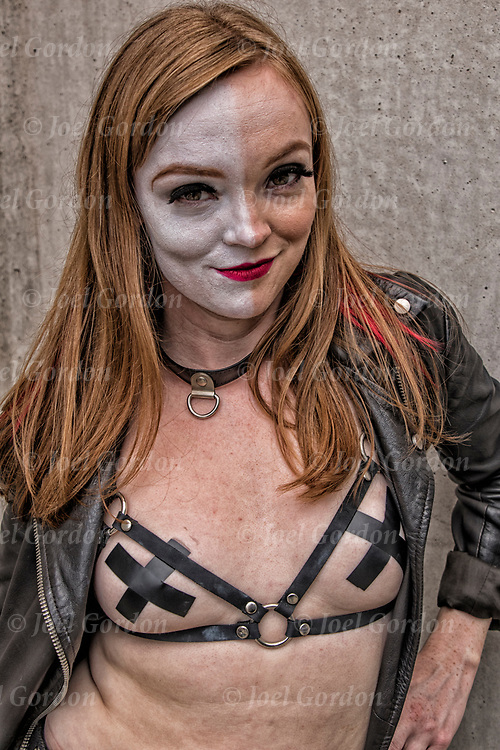