Terminator in the store window of the Forbidden Planet at 832 Broadway NYC. It has been one of the world's most acclaimed sellers of comics,
graphic novels, toys and other collectibles since 1981.

Terminator 2 was a critical and commercial success and influenced popular culture, especially the use of visual effects in films. 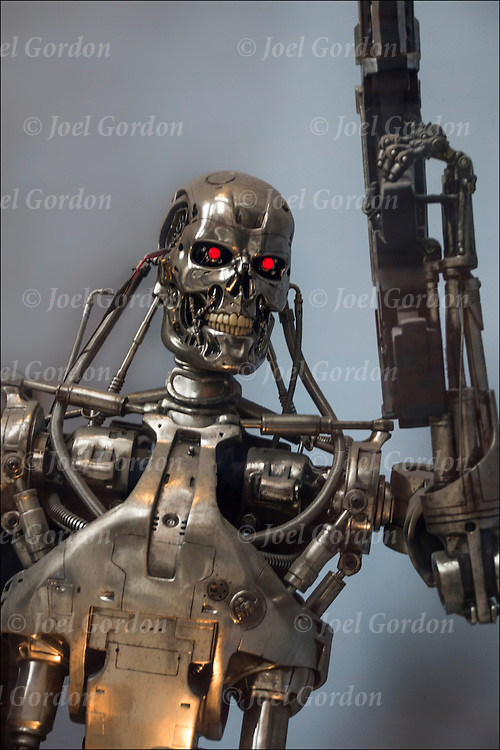