Pier A Harbor House (commonly referred to as City Pier A) is a municipal pier in the Hudson River at Battery Park near the southern end of Manhattan in New York City. Although did not play any role as a major disembarkation point, it has also been nicknamed in recent years as "Liberty Gateway".

Pier A is the last surviving historic pier in the city. The Pier was added to the National Register of Historic Places in 1975, and was designated a New York City landmark in 1977.

Pier A was built from 1884 to 1886 to serve as the headquarters of the New York City Board of Dock Commissioners (later known as the Department of Docks)
it also served as a home for the Harbor Police.

The New York City Fire Department used the pier from 1960 to 1992 as a fireboat station. In 1991, the American Merchant Mariners' Memorial was installed on a rebuilt stone breakwater just south of Pier A, connected to it by a dock. Designed by the sculptor Marisol Escobar, the memorial depicts four merchant seamen with their sinking vessel
after it had been attacked by a U-boat during World War II
One of the seamen is in the water,and is covered by the sea with each high tide.

From 1992 onward, the pier was vacant and fell into disrepair.
A restoration of the pier commenced in 2009. Pier A's restaurant and bar, Pier A Harbor House, opened to the public in November 2014. 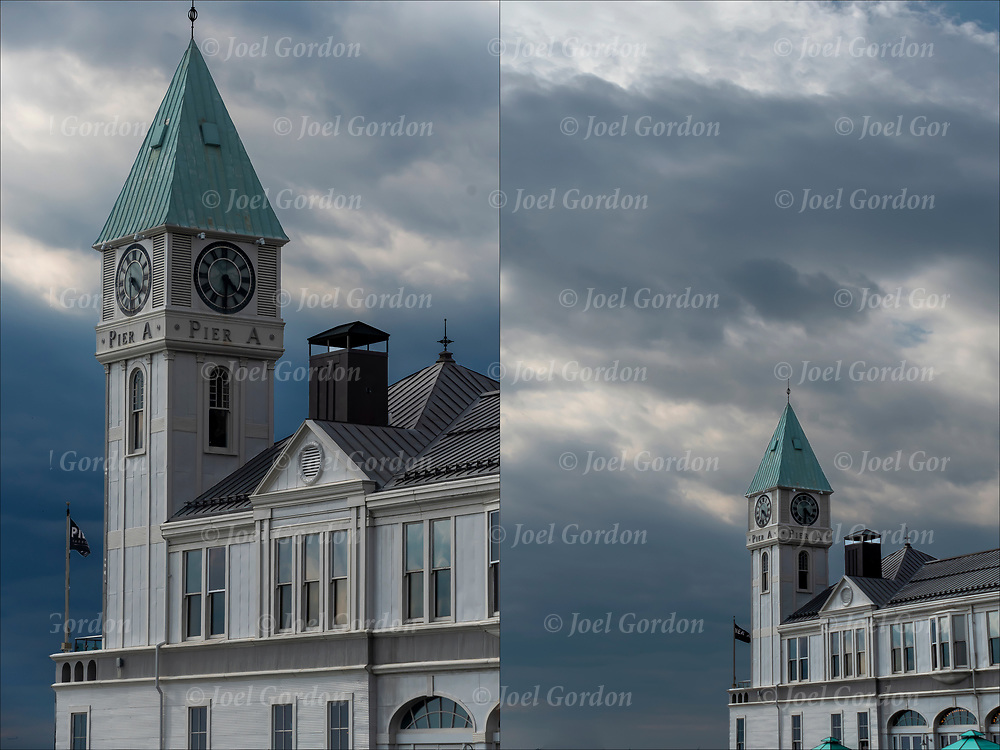