Santacon, costumed Santa Clauses has ballooned in size to thousands of people. It grew from a 1994 San Francisco "Santarchy" that satirized Christmas consumerism into bashes in over 300 cities.

New York's is generally the biggest, an event that has earned an out-of-control reputation with summonses in the past issued for disorderly conduct and other offenses, and online videos of brawling St. Nicks.

SantaCon is a place of festive dress and good cheer and raises tens of thousands of dollars for charity.

SantaCon is also an example of a flash mob (or flashmob) is a group of people who assemble suddenly in a public place, perform an unusual act for a brief time, then disperse, often for the purposes of entertainment, satire, and artistic expression. Flash mobs are organized via telecommunications, social media, or viral emails. 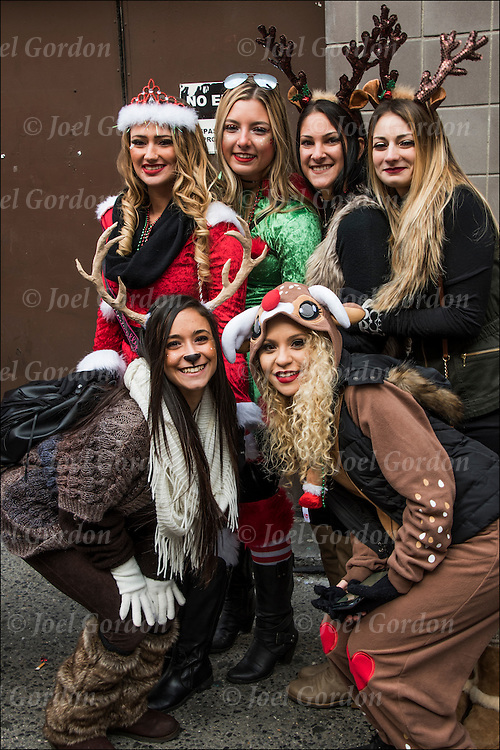