Cosplay attendee in his Twisty the Clown costume from Amercan Horror Story.

Twisty is a disgraced clown who uses increasingly twisted methods to regain his position as an entertainer of children. He is a character in American Horror Story, and wears a makeshift prosthetic mask nearly as terrifying as the disfigured face beneath.

Twisty wore a frightful grinning mask which served as a prosthesis over his missing jaw and a filthy clown suit, and carried a sack that held his juggling pins. He is a kidnapper and a serial killer. 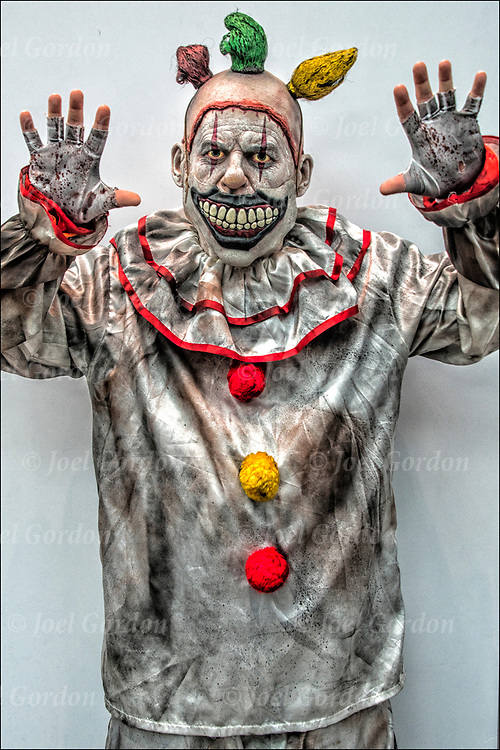