Joe DiMaggio Tattoo on left arm. The story behind Dominic's tattoo: " Staying with the theme of my family and the New York Yankees, this tattoo represents my grandmother, in addition to the greatest ball player to ever live. My grandmother is an enormous Yankees fan and when she was younger she would wirte letters to Joe DiMaggio. Her nickname was Mary DiMagg' He wrote her back once and she gave me the signed letter for my 16th birthday! I got the line"Where have you gone" from the Simon and Garfunkel song 'Mrs.Robinson,' in whick they ask where the legendary ballplayer and his lore have disppeared too; My grandmother picked that line over "Jolin 'Joe."...Tattoos once were considered to be form of anti-conformist but not anymore. ..In some cultures this is viewed as body art. In the United States this can be seen in national advertisements and on television and the movies. Body art or tattoos has entered the mainstream it is known longer considered a weird kind of subculture...release # 2524. 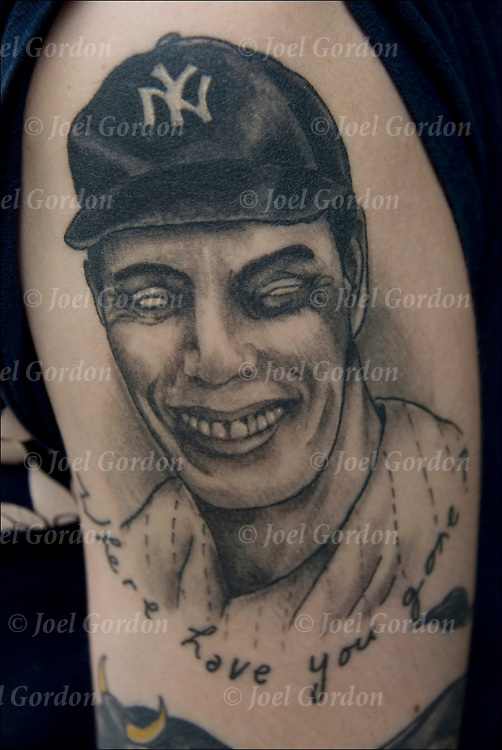