Marcher holding up sign up high on pole "This Pussy is Pissed".

Despite the slowl pace, the mood was buoyant, and police said that there were no arrests.The march ending one block before Trump Tower, the president's residence and business headquarters before he moved to the White House.

Pink Pusyhats - is reference to the tape of President Trump boasting about groping women, which sparked controversy after it leaked in Oct. 2016. 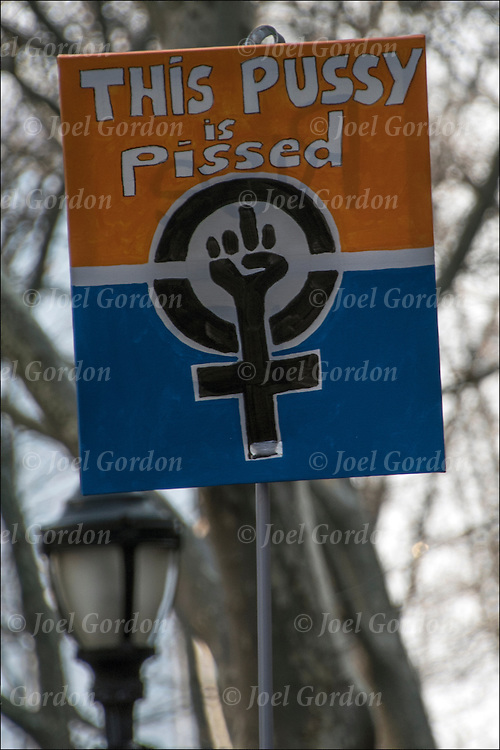