On Saturday, June 12, Gays Against Guns (GAG) will mark five years since the Pulse Nightclub Massacre.

Starting at 7 p.m. at the Christopher Street Piers, GAG will honor the lives of those we lost with a reading of the names of each individual who was killed. Activists dressed in white and veiled in silent vigil as GAG’s ‘Human Beings’ will hold space for the 49 people killed by a gunman at the Orlando nightclub in 2016.

The group will then process to the Stonewall National Monument.

Gays Against Guns (GAG) is an inclusive direct action group of LGBTQ people and their allies committed to nonviolently breaking the gun industry’s chain of death — that means investors, manufacturers, the NRA and politicians who block safer gun laws.
___________________________________

On June 12, 2016, Omar Mateen, a 29-year-old man, killed 49 people and wounded 53 more in a mass shooting at Pulse, a gay nightclub in Orlando, Florida, United States. Orlando Police officers shot and killed him after a three-hour standoff.

In a 9-1-1 call made shortly after the shooting began, Mateen swore allegiance to the leader of the Islamic State of Iraq and the Levant, Abu Bakr al-Baghdadi,
and said the U.S. killing of Abu Waheeb in Iraq the previous month "triggered" the shooting. He later told a negotiator he was "out here right now" because of the American-led interventions in Iraq and in Syria and that the negotiator should tell the United States to stop the bombing. The incident was deemed a
terrorist attack by FBI investigators.

Pulse was hosting a "Latin Night", and most of the victims were Latino. It is the deadliest incident in the
history of violence against LGBT people in the United States, as well as the deadliest terrorist attack in the U.S. since the September 11 attacks in 2001, and was the deadliest mass shooting by a single gunman in U.S. history until the 2017 Las Vegas shooting. 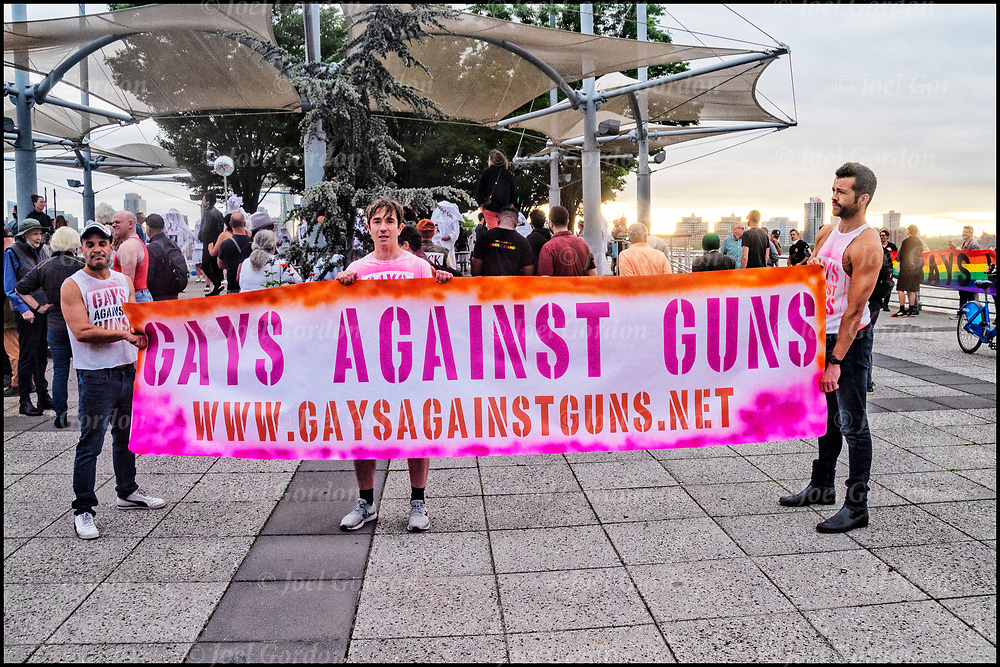