An outdoor bronze sculpture depicting the John Watts by George Edwin Bissell is installed in the Trinity Church Cemetery outside Manhattan's Trinity Church, in the U.S. state of New York.

Trinity Church is a historic parish church in the Episcopal Diocese of New York, at the intersection of Wall Street and Broadway in the Financial District of Lower Manhattan in New York City. Known for its history, location, architecture and endowment.

The current building is the third constructed for Trinity Church, and was designed by Richard Upjohn in the Gothic Revival style.

The current church building was erected from 1839 to 1846 and was the tallest building in the United States until 1869, as well as the tallest in New York City until 1890.

Trinity's main building is a National Historic Landmark as well as a New York City designated landmark. It is also a contributing property to the Wall Street Historic District, a NRHP district created in 2007.

The burial grounds have been the final resting place for many historic figures since the Churchyard cemetery opened in 1697. 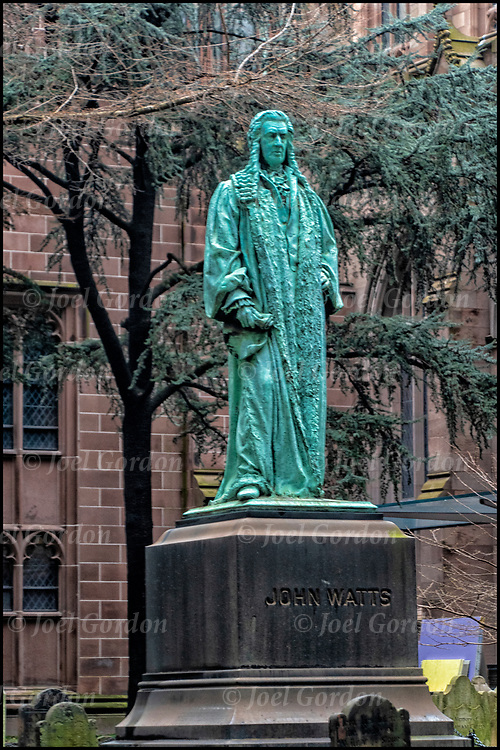