Cosplayer in his costume, as Luke Skywalker from StarWars "The Force Awakens".

Luke is an Grand Master in exile after having become one with the Force. At the end of The Force Awakens, Daisy Ridley’s Rey standing atop a craggy, windswept island, holding out Luke Skywalker’s long-lost family lightsaber to the man she knew only as a legend. 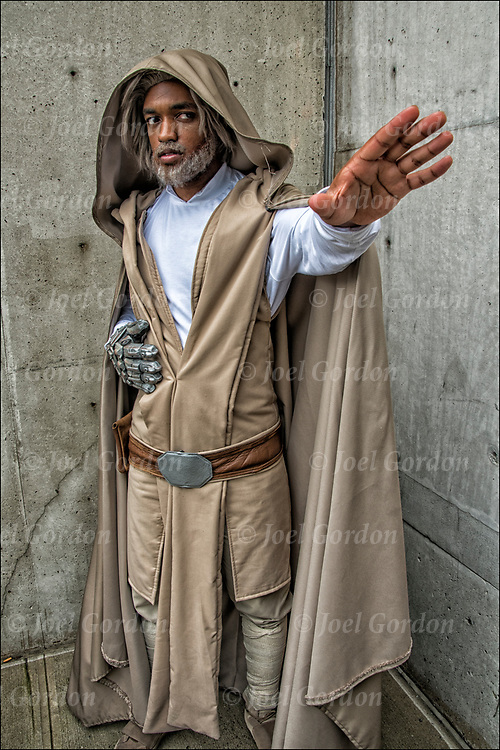