Elizabeth Rage cosplay in her costume, as Symbiote the black cat from Spiderman comics. 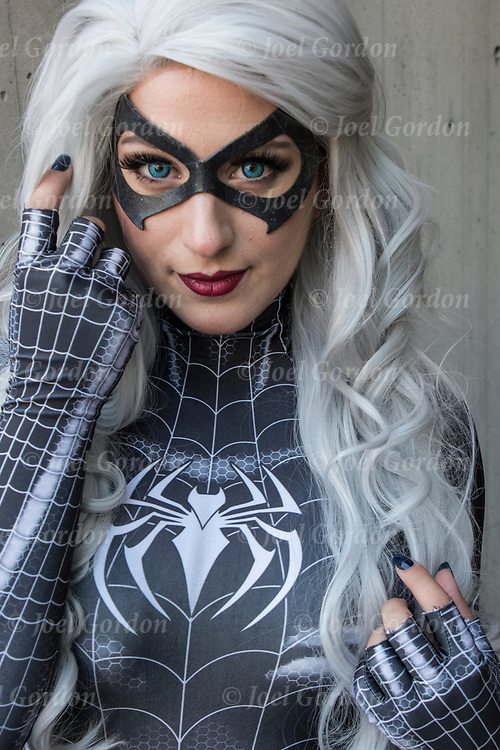