Cosplayer in his Skyrim video game costume at the New York Comic Con.

The game's main story revolves around the player character's quest to defeat Alduin the World-Eater, a dragon who is prophesied to destroy the world. The game is set 200 years after the events of Oblivion and takes place in the fictional province of Skyrim. Over the course of the game, the player completes quests and develops the character by improving skills. The game continues the open-world tradition of its predecessors by allowing the player to travel anywhere in the game world at any time, and to ignore or postpone the main storyline indefinitely.

More than 200,000 people attended the event dressed up as their favorite superhero to celebrate comic books, sci-fi and video games. 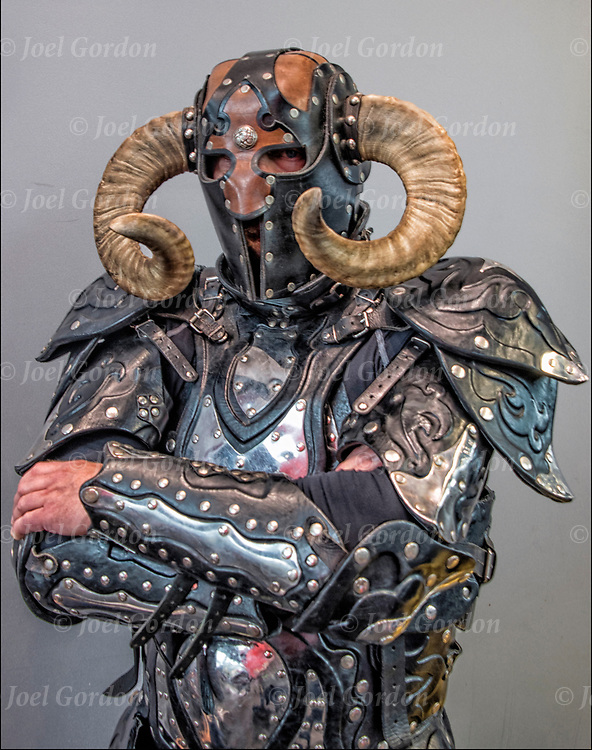