The Red Lantern Corps is a fictional organization, functioning as anti-heroes throughout much of the DC Universe, appearing in comics published by DC Comics.

In Final Crisis: Rage of the Red Lanterns, Atrocitus is shown in a flashback as having apparently formed a central power battery by using the blood of the other Inversions in blood magic rituals. The battery stands before a great lake of blood from which he forms his red power ring (crystallized by his anger), as well as other rings and batteries used to form the Red Lantern Corps. Harnessing the red light of rage, he sends his rings out into the universe; however, upon accepting the rings, 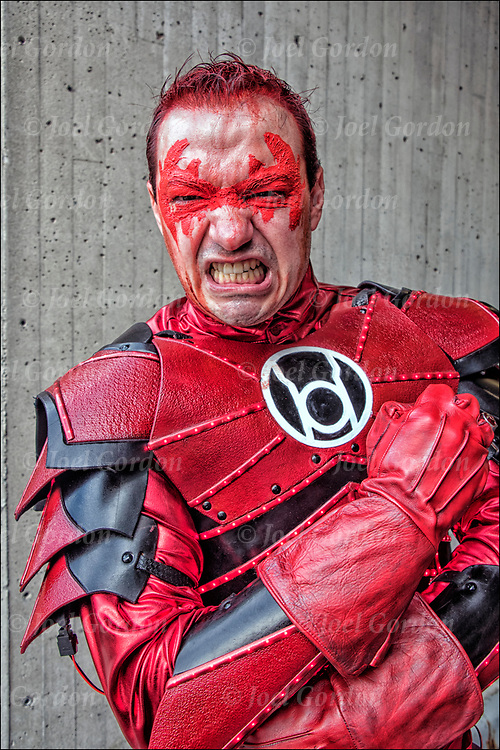