Laffy Matthews cosplay attendee in her costume, as Storm from the X-Men, the 80's punk version.

Storm is a member of a fictional subspecies of humanity known as mutants, who are born with superhuman abilities. Storm has the ability to control the weather and can fly. She is a member of the X-Men, a group of mutant heroes who fight for peace and equality between mutants and humans.

Cosplayers often interact to create a subculture and a broader use of the term "cosplay" applies to any costumed role-playing in venues apart from the stage. 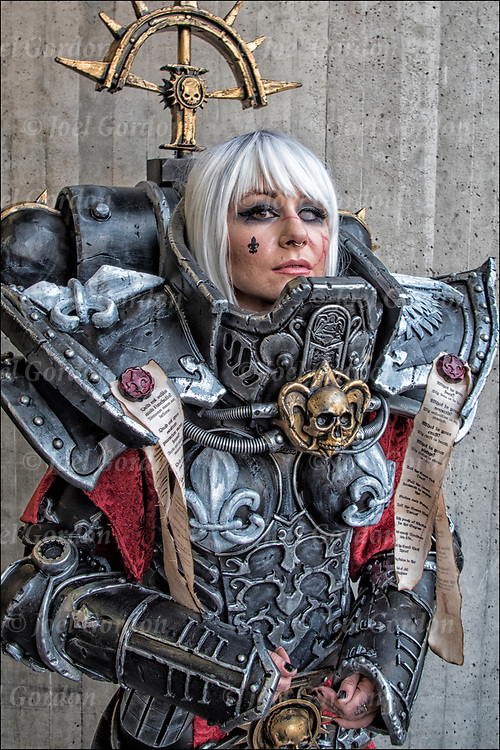